And we're back in action.

Panfish are starting to make a move into the traditional shallow water areas on area lakes.  Sunny afternoons with a south or southwest wind will provide the best action until main lake areas catch up. Remember: North facing areas will be warmer, and fish tend to congregate in these areas early on. Current, in the form of a creek channel, or river area will help as well. Boat Channels, Sand Bars and isolated bays are great starting points.

For now, focus on the green weeds in shallow protected bays with a northern bank. Concentrate your efforts on the patches of weeds, using live bait suspended under a bobber. Keep your bait just above the weeds, and any visible fish that you see. I like to use waxworms or spikes on a small red hook, or small/crappie sized fatheads-hooked in the tail, underneath a pencil bobber with just a split shot or two to keep the bait down. Be ready to start using plastics, especially for active fish, but for now, I'd start with the live bait and move to plastics later in the day.

Be ready to sort through smaller fish to get keepers, but understand that there's some quality keepers to be had very shallow right now. Current, green weeds or reeds and shallow submerged wood are great places to start. Fish be concentrated in small, specific areas for the next week.

Making use of our catch and release bass season that was new last year? Then you want to have three baits tied on when you hit the water this weekend.

1.) Jerkbait...the old size 11/3 hook floating Rapala really shines in cold water, but I caught some (smaller fish) this week on a perch colored 110 fished around the ends of points outside of spawning areas. The bait had to be sitting dead still to get a bite, but it did produce for a couple of hours ahead of the rain.

2.) Flapper grub...continuing with the old school theme...the slow fall/gliding action of the flabber grub is a sure winner in early season cold water. Flapper grubs are a lost technique...they're not flashy or fancy, but the cobra head style body on a light jighead looks just like the juvenile panfish that are starting to get active. It takes patience to fish one, but it will produce...especially along shallow weed/rock transitions where there are visible panfish holding. Although a Kalins or Zoom grub will work, the irregular fall and shape of the flapper is far superior in under 55 degree water. I usually use a 1/16th ounce unpainted ball head jig with a larger (size 1) hook for fishing them, but it was windy out when I was out this week so I used a 3/32 mushroom head and it worked just fine.

3.) Rattletrap (lipless crankbait)....the old saying still applies...there is only one color of rattletrap that matters: silver sides/blue back...unless its spring, then a red one is a solid choice.

Saftey note: Pike are recovering from the spawn and will viciously attack a chrome rattletrap right now. You have been warned.


Around the area: The Rock River remains fairly low, and while there's some current, the bite there has been very inconsistent. Walleye are mostly done, there's been no significant whitebass movement, and a few cats and sheephead are being caught on the edges of the deeper holes.

As of this week there were still a bunch of walleyes and muskys below the Oconomowoc Dam if you want to dream a little dream about the season ahead.

Feel free to email me (catchfishwithchris@hotmail.com) if you want to chat/swap information or just to talk about fishing.

See ya out there.

My son and I helped put some musky out today along with members of the Musky Club of Wisconsin.

The club has been doing active stocking of extended growth fish in our area lakes for several years.

We met at the Okauchee launch, and five boats each took 20 or so fish out and placed them around the lake. 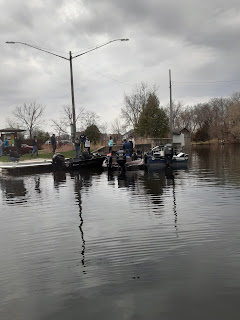 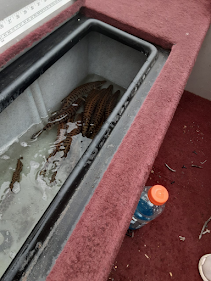 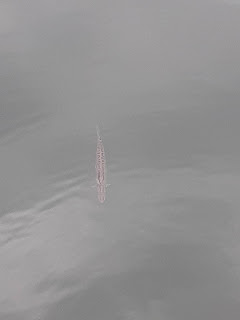 There will be a story in the Oconomowoc Enterprise about the stocking on Thursday.