Water temps are in the high 70's. Some fish are still chasing baitfish, but the best action for the next spell will be to target rocks and sand where gamefish are rooting for softshell craws.

In general terms : The cooler mornings are a key time to target active fish in shallow to mid-depth water. Look for them in the usual places, but watch for them to have periods of time where they feed actively. The changes in the photocycle and the length of day will be evident to the fish, and you can expect to seem them get active.

Panfish are still running late summer patterns. You can find quality fish suspended over deeper water, or in middepth weeds. Live bait rigs are you best bet, but plastics tipped with waxies or spikes and fished on slip bobbers can be crazy good at times. Night fishing has been very good for bluegills, as it typically is this time of year.

With the molt occurring, Largemouth bass are in the shallow water around the rock/sand/weed transition areas. Skirted grubs, small crawfish imitating crankbaits, tubes and wacky rigs. Docks and slop are holding fish during the sunny days, and fish are chasing bait early and late on the mid-depth (6-12 FOW) flats. Topwater, minnowbaits, grubs, flappers and jigworms are catching these schooling fish. Flipping into holes on the outside edge of the weedline, or on inside turns has been slow, but productive.

Smallmouth have been more active the last week, starting to wolfpackthe shallow rocks and gravel areas. When you are able to contact active fish in shallow water, the bite can be incredible. Topwaters, including size 9 or 11 rapalas or poppers in natural patterns can get you started, but be ready to switch to tubes, skirted grubs or twister tails as the day progresses. When things are slower, look for them to be just off the first major break in deeper water.

Walleye bite has been hit or miss. The fish are tight to weed edges or in the deeper sandgrass. Lots of guys are reporting some short bites, and I certainly saw this when I was on the water this week. I didn't do any night fishing this week, but I'd guess the fish have been active after dark.  Slow death and back trolling lindy rigs with live bait has been producing, but like most of the fishing during the last week, some days have been far better than others.

Pike fishing has been steady for action, but connecting with them has been difficult to do with the higher winds. Live bait rigs are still catching fish in the 15-22 FOW range, and buzzbaits, spinnerbaits, spoons and lipless cranks are still moving fish out of isolated clumps of weeds in flat areas.

Musky fishing has been slow. Very few reports of legal (40+inch fish) coming in. Smaller fish are chasing bait Mid-morning and round dusk. The topwater bite dropped off, but I'm hearing about lots of follows on gliders and smaller jerkbaits.

The Molt is ON! 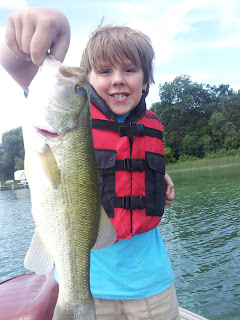