The last week has presented some challenges as weeks with unstable weather tend to do. The cold nights and on again-off again rain didn't make things any easier to contend with.

Warmer days, or days with sunshine at least...had very active fish moving in the shallow water. Days like yesterday (Thursdsay), where it was nice in the morning and lousy in the afternoon have the fish feeding actively in a limited window of time.

Water temps are all over the place. Protected bays are in the mid to high 60's while open water areas might be as low as the high 50's, but the larger issues I've seen on the water the last two weeks have been:

1.) Lack of weeds. Weed growth is way behind for this time of year.

2.) Lack of baitfish. Finding areas with baitfish consistently has been a challenge.

This means if you can find an area with good, green weeds AND visible baitfish, there will be lots of fish nearby. Finding these spots, however, is like chasing unicorns and rainbows right now.

That said, fishing has been slow, but steady. Just a bit more work than you would expect for this time of year.

Panfish are on the move into shallow areas, especially on warm, sunny afternoons. The bite can be really good, especially if you can find some fish in the mid afternoon to early evening. Start you search in shallow, dark bottom bays with scattered weeds, woods or reeds. The fish may be very tight to shore, but don't overlook the first break into deeper water. In areas with current, look for schools of fish in deeper holes and outside turns, even if these areas are very small. Remember the largest panfish will always be in the bottom of the school, so if you're catching fish, but they are small, try getting your bait a little deeper.

Bluegills will hit on a variety of live bait but plastics will outperform live bait, and will usually help keep some of the smaller fish off your line.

Largemouth are in various stages of the spawn. The heavy pressure early in the season and the unstable weather messed with them some, and delayed some of the second and third wave spawners. Lots of fish are still cruising the flats, especially on the nice days,  while some males are still up on the nests, especially in areas where the water is warmest.  Because weeds are hard to come by, look for LM in shallow areas with rock, sand or muck. Protected bays with wood laydowns or weeds will really concentrate fish. Flapper grubs are a great option to find fish, before slowing down to make tighter presentations. Jig and chunks/ jig and craws/ jig and eels will catch less fish, but are a great way to catch a bigger fish, especially when fished tight to cover. Slower presentations like wacky worms, texas rigged lizards or tubes are all great for probing areas, but spinnerbaits, lipless crankbaits, and crawfish imitating shallow diving crankbaits will all catch fish right now. Tip: if the bite is really tough....a buzzbait fished tight (and I mean tight) to cover will trigger strikes.

Smallmouth bass are starting to appear in rocky areas, cruising and foraging. Look for them in the usual early season spots, but don't be afraid to look for them as deep as 25 feet, where they will be feeding on schools of yellow perch. Spinnerbaits are a great way to cover water, tubes are a great way to look for fish around the dropoffs and on the shallow rockbars. Lindy rigging with large shiners can really produce some amazing fish this time of year. (Try Lac Labelle, North and Oconomowoc)

Walleye:  Look for walleyes in shallow water, around rocks or sand, or at the end of longer points especially early in the morning, and later in the evening. In the daylight hours, schools of fish will be cruising the sand flats in 8-15 feet of water. Live bait rigging, (Lindy rigs with small suckers!) jig and minnow or jig and leech combos, or trolling with shad or minnow imitators are your best approaches. (Try Oconomowoc, Lac Labelle, Pewaukee, Fowler)

Whitebass and Catfish were starting to bite more aggressively on the Rock River. Look for them around wood on the bottom, or in the channel turns. Stink bait, cutbait or nightcrawlers were all producing for cats, spinners flies and jig/livebait combos for the whitebass.

Trout fishing was consistent on the stocked lakes and ponds around the area, but the schools are starting to get a bit depleted...so if you're hankering for trout, put a day on your calender for next week.

Good luck out there.

Want to get out?

I have some openings between now and June 15th that I would like to fill...if you've been thinking about doing a guided trip for fishing...this is a great time of year to do so.


Don't end your fishing day wearing a skunk hat like this guy... 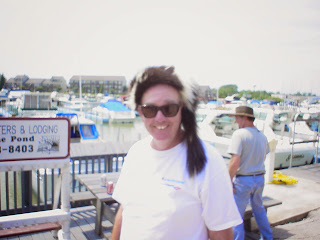 ...take a trip with me, learn some new water and get some coaching on your technique.
Posted by Chris at 1:13 PM No comments:

Results are in for the first local bass tournament...May 9th, Okauchee 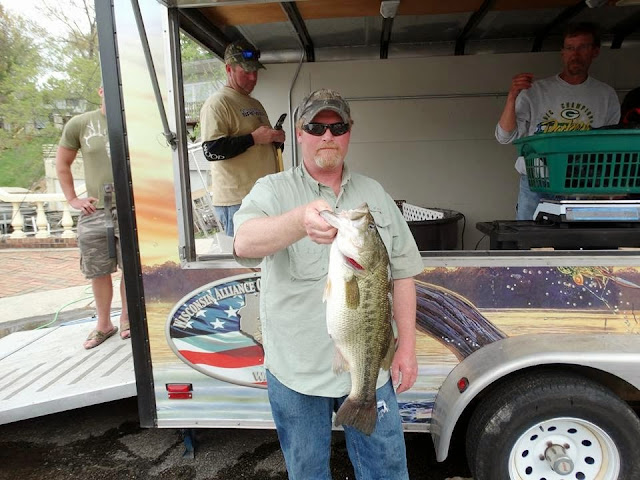 The Okauchee Piblic Boat Launch will be closing May 26th to all activity, including shore fishing:

OCONOMOWOC, Wis. - The Department of Natural Resources will begin major renovations of the Okauchee Lake public boat access site located in the Village of Oconomowoc in Waukesha County later this month. The boat launch will remain open through Memorial Day weekend. Beginning May 26, the site will be closed to all use including boat launching and shore fishing. It is likely that the site will remain closed for construction throughout this coming summer.

Work at the site will involve reconfiguring traffic flow through the site, reconstruction of parking areas, storm water control measures and removal of the vault toilet.

This project is funded using Sports Fish Restoration grant funding. The engineering plans were prepared by SEH, formerly Yaggy Colby Assoc., of Delafield for the DNR.

The formal press release is here: From the DNR
Posted by Chris at 9:26 PM No comments: