Ended up being a good week for my first week back in action. 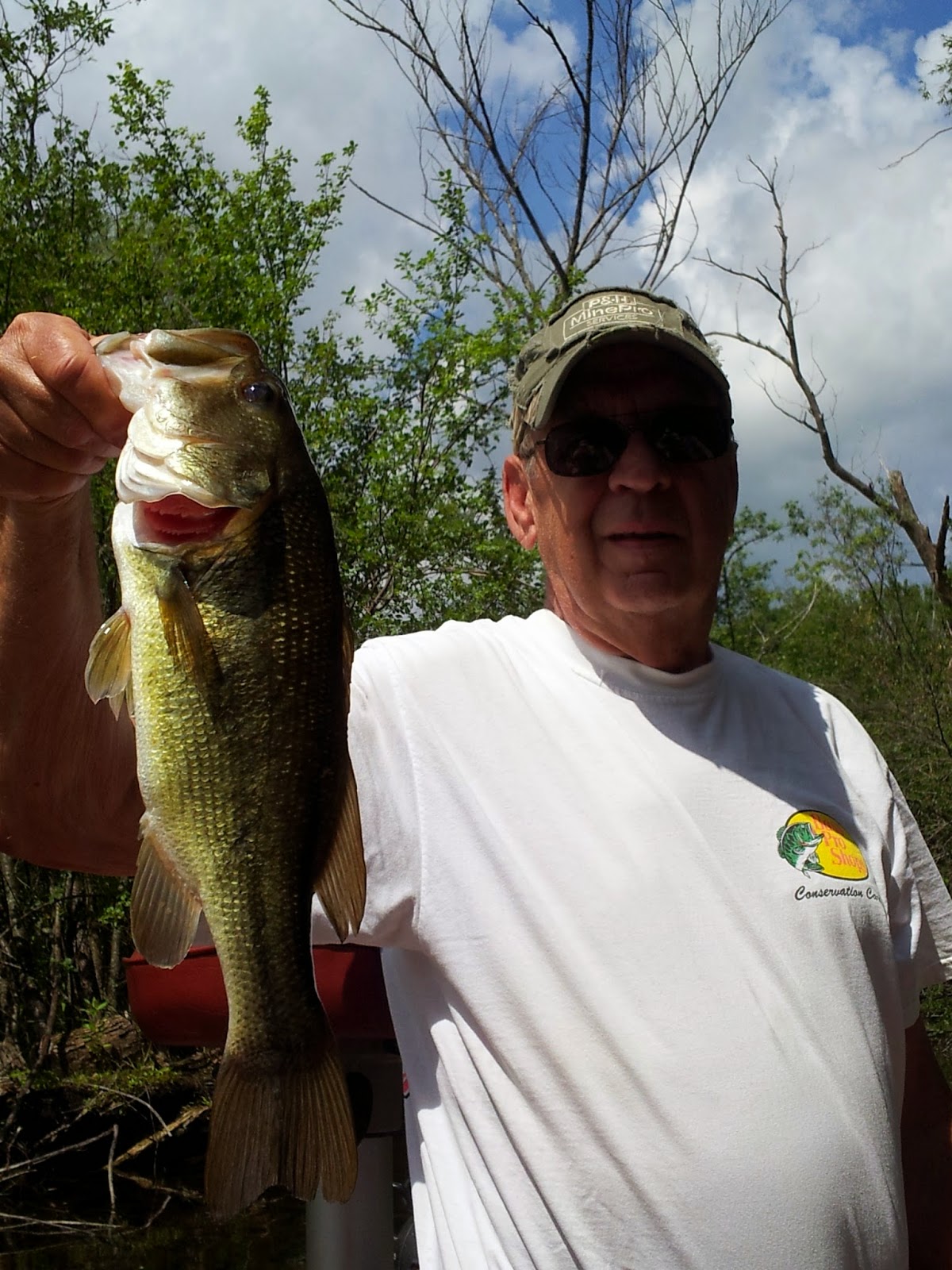 Hit the water about 9am. Tried to fish some isolated rock piles looking for bass foraging for craws...caught one decent fish and a pair of snakes for the trouble.
Switched gears a bit, started fishing tight and deep in cover and went on a couple hour shooting spree...had a dozen+ mixed LM and SM..some on both sides of legal, but with three real quality fish mixed in. Also broke off a small musky.
Caught a couple more closer to the launch on the way back. Not rock-em/sock-em robots or anything, but a decent midday run.

Struck out, but had five follows between 1-8pm. Fish were using transition areas with bait fish nearby. Pulled a nice one up to the boat mid-afternoon on a mini-dawg, but just couldn't get the fish to commit on the figure eight. Looked to be a mid-40's in about 8 FOW.

Saw a couple of smaller fish after that, but about 4:45 we saw some gar feeding near where we were fishing. A big fish followed in a glider we worked through the area where the gar were busting minnows on the surface. Fish was high 40's, had it right up to the boat, but again a fairly lazy follow. Worked hard using one of my proven patterns. Started with a topwater approach and caught a couple of nice fish right away, but then made an adjustment and stayed on a quality bite for the rest of the morning. Slow and steady wins the race. Ended with a nice batch of LM + SM with multiple fish over 20."

Lake X is my secret project lake right now. As usual, Lake X is a special underfished place, with just solid fishing for numbers and size of multiple gamefish. Yesterday was no different...30+ bass (14-19") and six pike (24-34") in just over three hours of fishing.

Good Luck Out There.